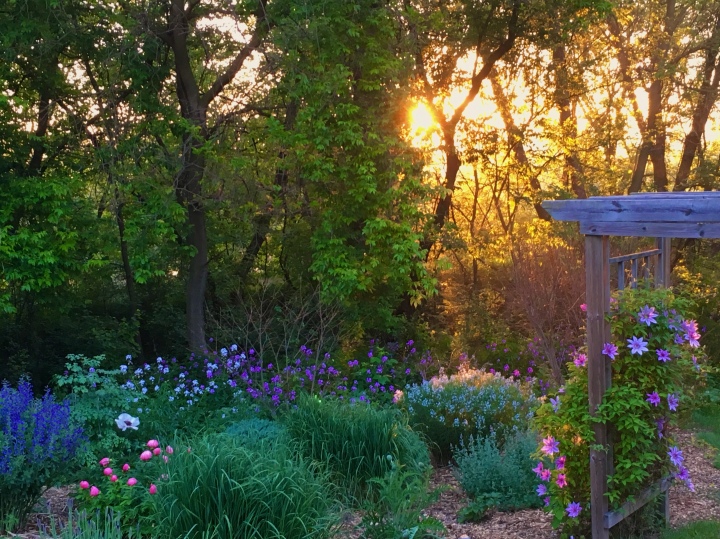 Was I seven years old that summer?
Younger when first we met,
but that seventh summer,
during the annual week of magic
(which meant going home, for Mama,
grandparent love for us children),
we met again, and
I was changed forever.

The memory shimmers in dusklight, or just before…
Birdsong signaling the end of day,
time for homecoming, swallows swept
back to the nest for feathered embraces
and nighttime stories.

And I see us together,
walking up the country road
to St. Scholastica, the church
where everything that mattered
happened.

Not Mass, some other holy obligation,
some late-day benediction called the adults,
in summer dresses and suits
to gather, genuflect, pray,
singing softly
to the summer eve
and their god beyond.

Candles and frankincense
a century of church perfumes
and questions
settled, somnolent.

And a voice I knew and didn’t
called me outside, unusual–
a young girl in a Catholic church
leaving,
but I did.

You were singing
an evensong that sounded
more like god,
and knew my name.

Down the long aisle
through the heavy doors
down the steep impediment of steps
and finally, to the green hill,
the roses and pine trees,
the grotto of Mary
and the children of Fatima,
white statues bathed in the rosegold of
a setting sun.

Were the fireflies flashing
in the twilight? There is the
memory of light,
dancing,
calling me to dance.

And I threw out my arms
to take you in
and I ran and ran,
perhaps I flew like swallows
round the hill,
round Mary and the happy children
(maybe they joined the dance),
and round the sheltering pines,
I ran,

never so alive
in every pulsing cell,
beneath emerging swirling stars,
I ran, dancing,
my small energy
safe and free in yours,
vast and infinite.

I, perfectly
young enough
to surrender to mystery,
old enough
to promise my heart
forever.

You, around me,
beside me,
the scent of pine and roses,
music of crickets, owls, toad songs,
night breeze brushing leaves

All of us–everything–
breathing in you,

I had never felt such wild joy,
running, held, smiled upon
all the tiny stars within exploding…
ecstasy, the saints have called it,
but to me
it was a yearning satisfied
forever.

And in all the days since, my god
and you, my sweet
and sacred earth,
have been my life:
present, not beyond,
but merged,
holy,
the one I call
beloved. 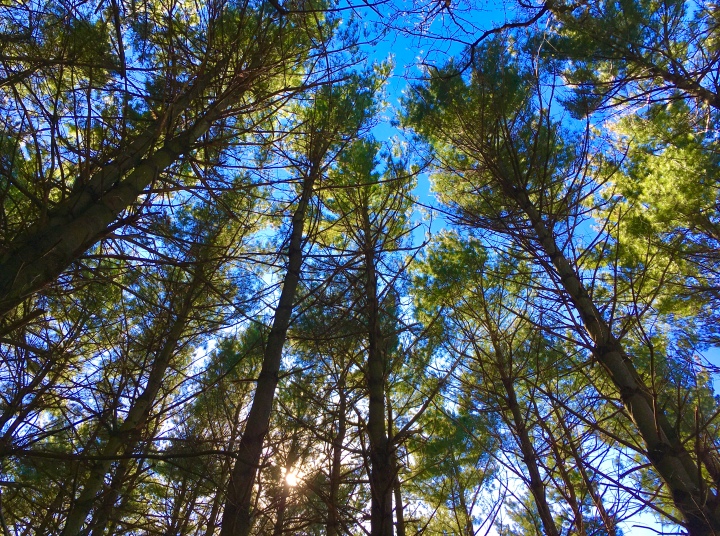 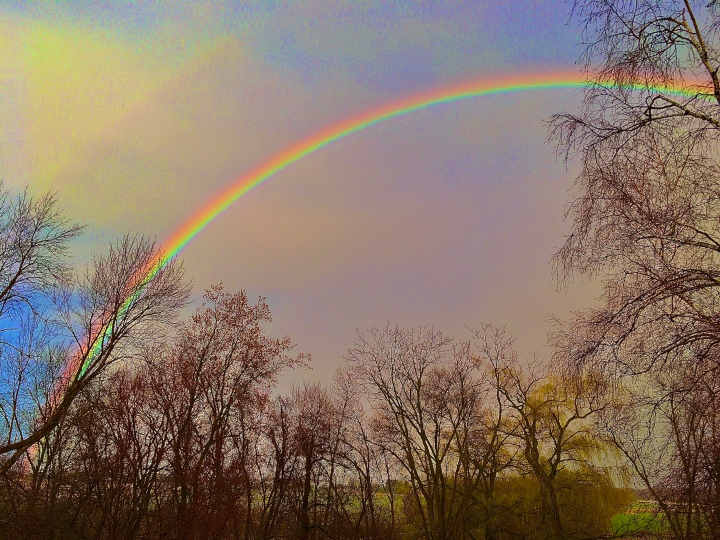 Happy Earth Day to you, a celebration first initiated by Senator Gaylord Nelson, from the state of Wisconsin, USA, one of the people from my home state, like Georgia O’Keefe, John Muir (whose family moved here from Scotland), Aldo Leopold, and others, whose love for the Earth changed the way we see and care for her.  May we honor their legacies by supporting their efforts.

No other name is more associated with Earth Day than that of Gaylord Nelson (1916–2005). After returning from World War II, Nelson began a career as a politician and environmental activist that was to last the rest of his life. As governor of Wisconsin, he created an Outdoor Recreation Acquisition Program that saved about one million acres of parkland. He was instrumental in the development of a national trails system (including the Appalachian Trail) and helped pass the Wilderness Act, the Clean Air Act, the Clean Water Act, and other landmark environmental legislation. He is perhaps best known as the founder of Earth Day, which has become an international celebration of all things environmental.