My husband and I wanted a break. Together. After so many years together, there is little we want or need; instead, the best gift we can give each other is shared time, away from the rutted routines we walk each day. New views help to create new outlooks, and the shared imaginings we have for this slow life we’re co-creating can be stimulated and renewed by travel. The weather’s been warm and the fall color is blushing its way down the state, so we decided to take 4 days and head a bit north, to the state’s largest Cranberry Festival.

Wisconsin produces most of our country’s cranberries and festivals are held every autumn to celebrate the harvest. I’d read something about “1200 booths” participating at this festival, and thought this referred to artists and flea-market/antique vendors. I knew there was a cranberry-focused museum and bog tours, so it sounded like a perfect adventure.

We drove up the night before the festival opened and met other festival-goers when we checked-in to our hotel. “Oh, we come every year; you’ll love it!” they assured us. We woke up early to head from our hotel to the little town, Warrens, where it’s held. This is what we saw:

A tiny town crammed with thousands of people lugging carts around to booths that lined streets and sidewalks, and narrow, narrow “alleyways,” everywhere. Claustrophobic doesn’t begin to describe it, and the merchandise was largely made-in-China mass-produced schlock. Little art, no antiques. Disappointment…I could feel my anticipation swirling down and drowning in one of the numerous stomach-turning vats of frying fat preparing decidedly non-cranberry food.

It wasn’t a complete or epic fail: We appreciated a brief bus tour of some cranberry bogs and enjoyed the town’s museum, but then exited the noisy, packed town. Quickly.

10:00 A.M. and three days left to our Cranberry Festival vacation. Hmmm. Luckily, my travel partner makes me laugh, easily and deeply, and did; all would be well.

Happily, this part of the state is rich in geological and environmental history. The almost 44,000-acre Necedah Wildlife Refuge, just a few miles from the over-crowded shopping spree of the cranberry festival, called to us.

When the “local” glaciers retreated almost 15,000 years ago, they left a vast, low-lying wetland, called the Great Swamp of Central Wisconsin. For centuries, Native Americans lived in this area, which they called “Necedah,” or “Yellow Waters.” 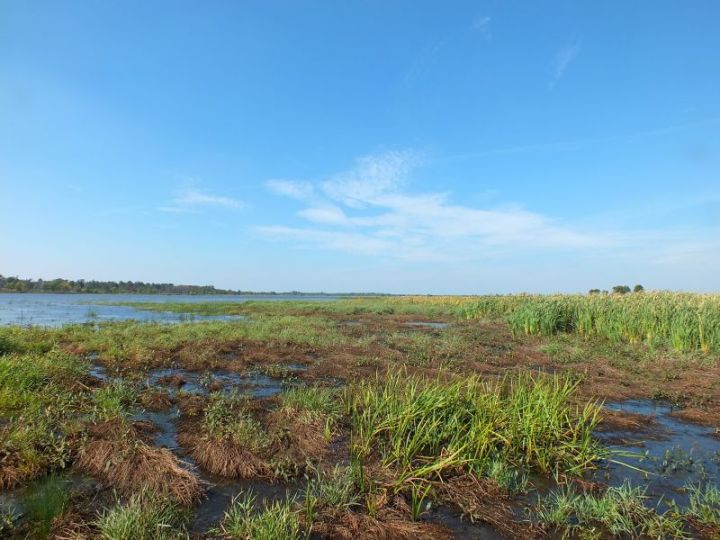 Then Europeans arrived, and their farming, which necessitated draining the marshes, cutting trees, and battling the wildfires which had long nurtured the prairies, eventually destroyed the natural landscape that had endured for thousands of years.

In 1939, President Roosevelt’s administration, through the Civilian Conservation Corps it established, reclaimed burned-out land, restored prairies, oak savannahs, and wetlands, and created the wildlife refuge. Among others, a restored whooping crane population is welcomed to its acreage each year. 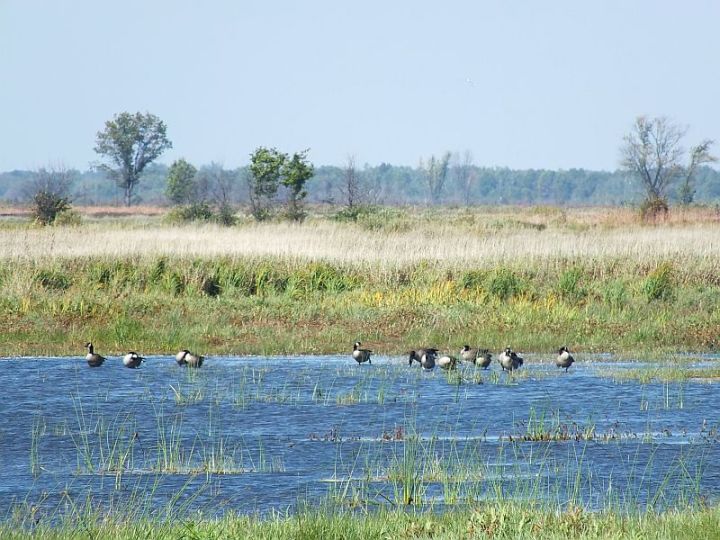 We hiked along raised planked trails in silence, feeling cleansed and at peace. A lovely breeze carried the calls of geese, herons, eagles, frogs, and songbirds through the air. It was hard to believe thousands of people preferred what the “festival” offered to what was available at the refuge, but there you go.

The next few days we explored nearby lakes, rivers, sandblows, and the bluffs, mesas, and buttes that are actually former islands in Glacial Lake Wisconsin. We hiked around state parks and climbed for hours, grateful for glorious weather and views. 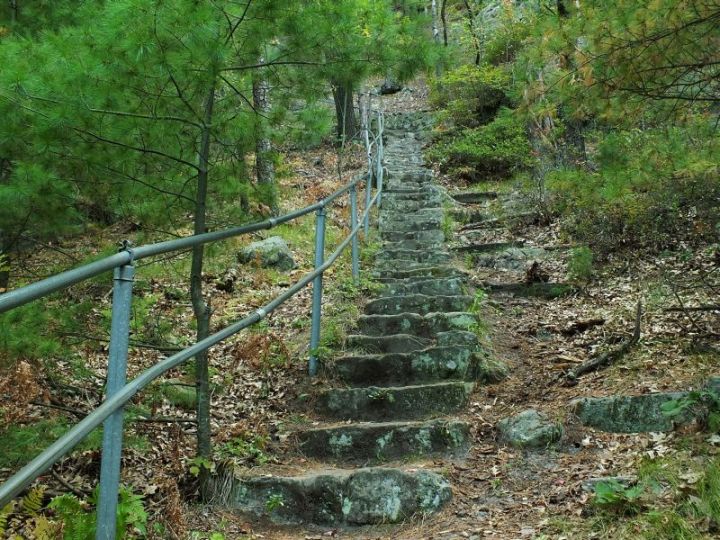 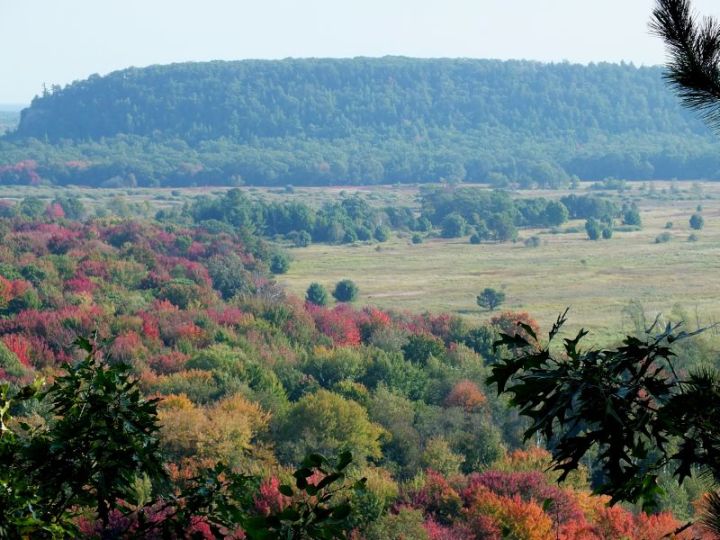 Sunday morning came too quickly, but we were able to ride into the sunrise and stop at Roche-a-Cri State Park to see the petroglyphs and pictographs of Native Americans, and those who came later. (Note the “A.V. Dean. N.Y. 1861” carving.) 300 steps up, and we had an “island view” that took our breaths away.

For us, vacations are times to “be” together, center our spirits, listen to our feelings and hearts, create new dreams. We like adventures and surprises, and generally don’t over-plan, but the Cranberry Festival that became an island vacation was completely different from what we expected. A perfect gift. 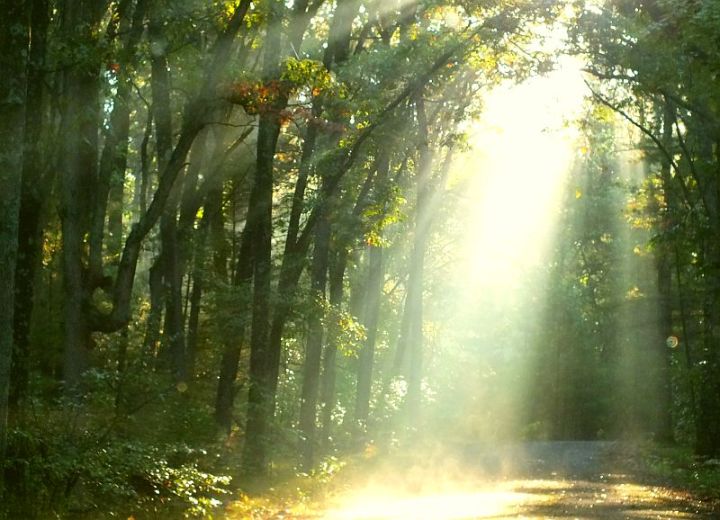