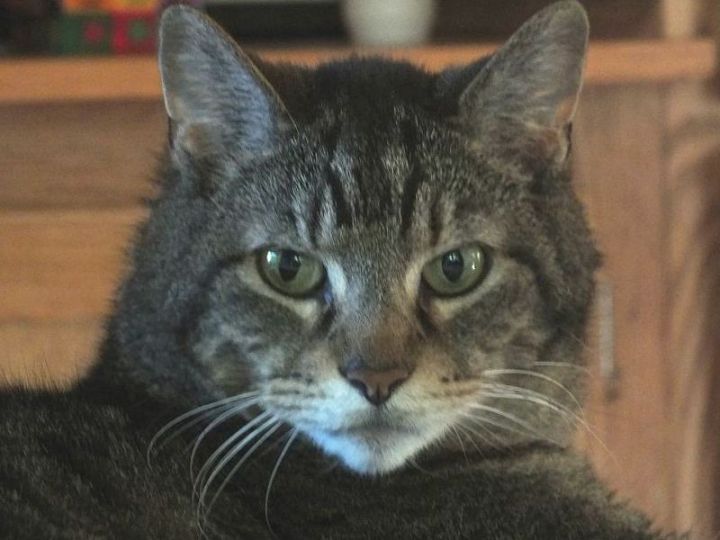 The human who passes for “my mother” in this absurd and endlessly amusing world is temporarily away from the computer (to which she seems permanently attached these days). She is probably searching the freezer for chocolate remnants; such is her crazed obsession and weakness. Formerly, her power to withhold the delicacies for which I yearned was somewhat stronger, although years of training have resulted in my ability to “guide her” into what I have determined is behavior necessary for my survival and peak mental acuity.

And it is this training of humans I propose to address today. All training, of course, is created with the deliverance of treats and comfort as its endgame and ultimate goal.

I have found, over the course of many years filled with trial and error, that despite their reputations for clumsiness, ineffectual respect for boundaries, and inability to (initially) acknowledge feline superiority, humans can, eventually and with steely perseverance, be trained to follow simple commands and even gain some reliable abilities to serve the cat who can be patient and occasionally indulge his human’s need for affection without, of course, becoming overly familiar or permissive.

Here are just a few techniques I have mastered and I share, to ease your task if faced with breaking-in or training a human. Progress to advanced techniques with great caution; my human, at any rate, forgets our lessons quickly and new tricks must be reinforced repeatedly, for days on end, before the lessons are extended.

To begin: Studied indifference, a cat’s natural inclination, cannot be overstated for its power to guide a human towards subservience. When mine calls, I do not immediately run towards her, like my “siblings” (perish the thought), those two dogs, who–from my educated perspective–are slobbering, mentally bereft beings barely able to form thoughts, let alone string a few together and design a potentially rewarding action. (I weep with mirth at the thought of them actually trying to execute an action with finesse!) But I digress from the intention of this post; to wit: training and maintenance of the human, and the uses of indifference. She calls; I remain seated with my eyes closed. She calls again; perhaps I open one eye before settling more deeply into my comfortable seat, or blanket.

I have learned that if every fifth call is responded to by slowly approaching her, my majesty and superiority clearly apparent, I will gain greater pats, kisses, and treats than if I respond, like an imbalanced fool, to her every attempt to summon my presence. Try this over the course of a few weeks and soon you’ll find that your human’s rightful deference to your feline preeminence will infuse and dominate your exchanges; have no doubt.

Indifference can also be used when one is offered a gift; its purpose being to gain greater gifts and with more pleasing frequency. Thus, when a new and tempting foodstuff or toy is set before me, I sometimes sniff and then seemingly reject it, walking away, until I hear my human’s downcast sigh. I may stroll casually, in calculated and slow circles around a table or room, glancing back only occasionally, before again approaching the delicacy or delight, feigning a lack of desire. I cannot emphasize enough that if you do not practice this and instead pounce upon a proffered treat with naked, joyful hunger, you will lose the upper paw in your training regimen.

If you have younger felines in your household (I, alas, have three) they can be used for more than substitute mice, although certainly this is their chief source of amusement. I have trained the one who seems most appealing visually to beg for food with unremitting, if sickening, cuteness. I learned about this quite by accident, but in my admirable way, seized upon the opportunities it presented. Murphy (also known to our embarrassingly simple humans by the stomach-emptying nickname, “Bunny Bundles”) began to follow me into the bathroom sink during my morning frolic. 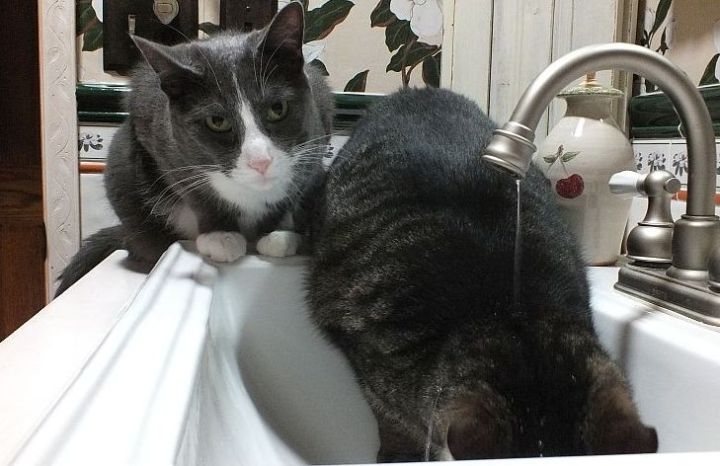 I pushed him out. He jumped in again and again, despite my efforts to curb his enthusiasm for bonding with what he called his “big brother,” having understood that our humans’ use of this term implied I was in agreement with its implications regarding our relationship. I was not. But as I pushed him out of the sink yet again, I noticed our actions in the mirror and, like lightning, formed a plan. His next imbecilic leap beside me resulted in an embrace and a lesson, using the mirror, regarding methods for appearing vulnerable and in need of caresses.

It has paid off in spades.

Now, when I desire a caloric boost, I simply poke Murphy and he dutifully jumps up to the human’s desk, or lap, gently pawing or nuzzling, sharing the well-rehearsed innocent, large-eyed expressions our bathroom sessions have helped fashion, and quickly gaining us added visits to the troughs of heaven (as my poetic nature leads me to call them). It seems to be a form of human enchantment; it works so quickly and unerringly. If you lack younger siblings and can endure behaving in a manner so demeaning, I recommend using a mirror and practicing first. The one time I tried it I scared my human, who thought I had taken ill. This was most awkward and unplanned, and the resulting probing and application of thermometers most unpleasant. Thus, and ironically, I am thankful, at least in part, for Murphy’s presence.

My sister, Fiona, has so far not responded to my enticements in regards to training our humans; I believe, as the sole and spoiled female feline, she believes it is an unnecessary bother. One day, I fear she will discover the error of her ways. She cannot hide behind her angelic persona forever.

The last technique I will share today is one I call “blocking.” I am facile with this practice, but have taught the technique to the younger Mulligan, due to his accepted proclivity for obtuseness and my clever use of this in human training strategy.

At my prodding, he will stand in front of the television screen or computer screen, staring vacantly, in that way he has, without menace or purpose. The humans will gently ask him to move. I have trained him to always look to me first. (This required endless hours and I find I am still recovering from the weakened state of total exhaustion that communicating with Mulligan requires, but it has achieved dependable results.) At any rate, I am stationed behind my humans when he does this and signal, with my commanding glare, that he remain in place, blocking their view of whatever idiocy has entranced them. Eventually, one of the humans will remove to the kitchen and fetch treats to lure Mulligan away. And, in their blessedly misguided generosity, if one receives treats, we all do.

As with all my training techniques, it works like a charm.

I have so much more to share and will gladly do so at some future time. I can hear my human approaching and must locate Murphy, to prod him into character, mastering yet again his appealing mendicant posture.

Having a well-trained human in the home makes life purrfect.

8 thoughts on “The Training of Humans, by Finnegan, the Cat”